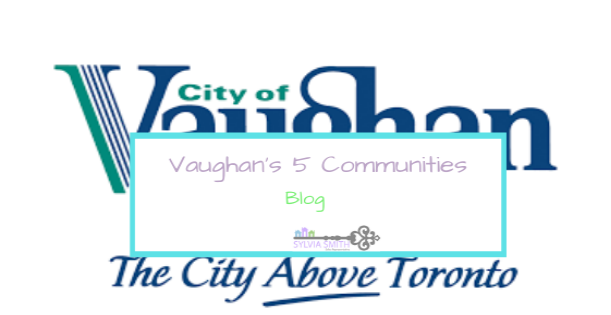 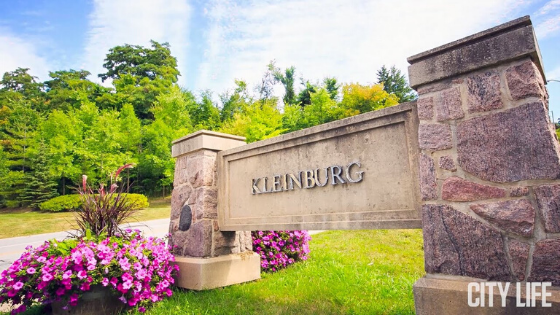 Kleinberg sits on the northwestern portion of Vaughan and is a quaint and country charm village. Nestled between two branches of the Humber River, has dense forests and a wonderful hilly landscape.  An interesting fact is that the community was founded by a German settler and hence the village was named after him.

Kleinberg is also known as the home of the world-renowned McMichael Canadian Art Collection.
Kleinberg offers a variety of housing styles including split-level, ranch-style bungalow, more recently subdivision and affluent high-end homes.  The historical downtown village consists of several heritage character buildings.  Kleinburg is also the home of the Cinespace Film Studies and the village has been in many movies and several television shows.

Maple is the home to the City of Vaughan’s municipal offices. The community of Maple was previously a sleepy town but is now a high-growing community with many new housing developments.  Maple has some prominent landmarks such as Canada’s Wonderland, Eagles Nest Golf Club, Maple Downs Golf and Country Club and currently under construction the new leading-edge Mackenzie Hospital.  The Maple GO Station also makes it an easy commute to Barrie or downtown Toronto.

Woodbridge is one of Vaughan’s largest communities and used to be independent until 1971.  The name Woodbridge was given to the community in 1855 as a wooden bridge over the Humber River had to be crossed to enter the town.  Woodbridge is ideally located near 4 major highways:  407, 400, 27 and 7.
Woodbridge has a number of landmarks.  It is home to two natural conservation areas: Kortright Centre for Conservation, Boyd Conservation Area, Rainbow Creek Park, Woodbridge Fairgrounds, Doctors McLean District Park, Maxey Park and Fundale Park.   Kortright and Boyd Conservation offer hectares of pristine woodlands and natural oasis that are perfect for family hikes and bird watching.

Woodbridge offers a great mixture of new home subdivisions that feature a variety of housing options. You can easily find townhomes with single car garages, condominiums, and 3 – 4 bedroom homes with 2 car garages, and upscale large estate homes with 4 – 5 bedrooms and 3 or more car garages.

Concord is primarily an industrial area centred around Dufferin St. and Hwy 7.  The area between Dufferin and Rutherford up to Major Mackenzie Rd consists of residential subdivisions with townhomes, semi-detached and detached homes.

There are several forests in the area as well as Don River and Black Creek but Concord is primarily known as an important industrial hub. More recently the area around Hwy 7 between Keele and Weston Rd. is in transformation given the recent addition of the new Vaughan Metropolitan TTC Subway and the aggressive development the Metropolitan City Centre which includes many condominium developments and the area is enticing large corporation to set up business here.

Thornhill enjoys the unique distinction of being located in two different cities: the City of Vaughan and the City of Markham and also shares its southern boundary with the City of Toronto.

Thornhill was founded in 1794 as a small municipal village and has now grown with a thriving community with many highly ranked schools, churches, shopping centres, commercial businesses and many upscale residential homes.  Thornhill landmarks include the historic Thornhill Village heritage area, Uplands Golf and Country Club, the Bayview Golf and Country Club and the Promenade Shopping Centre.

Thornhill has one of the highest densities of any neighbourhoods in the Greater Toronto Aras.  There are subdivisions in Thornhill to suit every taste and budget which includes a wide variety of condominium buildings and townhomes.

Vaughan has definitely changed over the years the population has grown by over 80% in the last 10 years and it is easy to see why.  Vaughan is a thriving place to live, work and play.